The Freddie Mercury Tribute Concert for AIDS Awareness was a concert held on Easter Monday, 20 April 1992 at London's Wembley Stadium, for an audience of 72,000.[1] The concert was produced for television by Ray Burdis and broadcast live on television and radio to 76 countries around the world, with an audience of up to one billion.[2][3] The concert was a tribute to the life of the late Queen frontman, Freddie Mercury, with all proceeds going to AIDS research. The show marked bassist John Deacon's final full-length concert with Queen (save two live appearances with Brian May, Roger Taylor and Elton John in 1997). The profits from the concert were used to launch The Mercury Phoenix Trust AIDS charity organisation 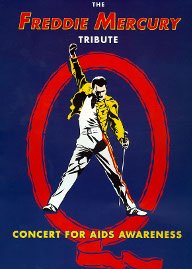 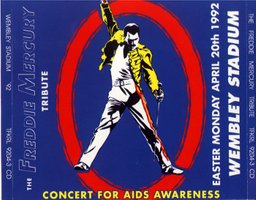